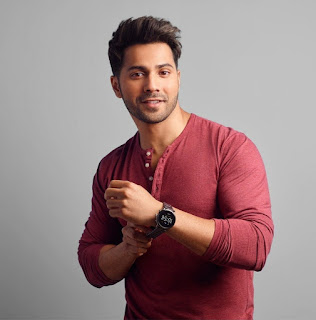 Varun Dhawan is a Famous Indian Bollywood actor. He started his career in 2012 with the film "Student of the Year" in which he played the role of Rohan Nanda.

In this film, he acted alongside Bollywood stars Alia Bhatt and Sidharth Malhotra.

Varun Dhawan was born into a Hindu family.

Varun was very naughty and funny when he was younger.

His brother Rohit Dhawan who is a film director.

Varun Dawan is a big fan of Sachin Tendulkar Who is a big Cricket. 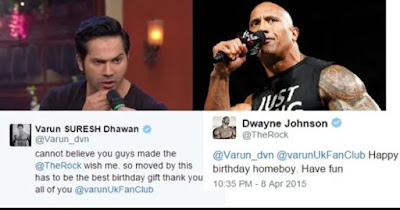 When Varun Dhawan was studying at Nottingham Trent University in the United Kingdom, he worked as a leaflet distributor for nightclubs.

In an interview, he revealed that before getting into the field of acting, he had tried to get a job in a London based bank, but he was rejected.

In 2010, He worked as an Assistant Director with Karan Johar in the Bollywood movie "My Name is Khan"

He is dating his school friend Natasha Dalal for almost a decade.

Varun Dhawan has also appeared in many TV commercials including Navratna, Frooti and ​​Skybags.

Varun is a huge fan of Bollywood famous Star Govinda.


He is a gym freak and is inspired by Arnold Schwarzenegger and Sylvester Stallone. He often shares photos and videos on social media.

Varun Dhawan is the highest-paid actor of his generation as he charges 20 - 25 crores just for a movie.

He is also a good dancer and has proved it through many films.